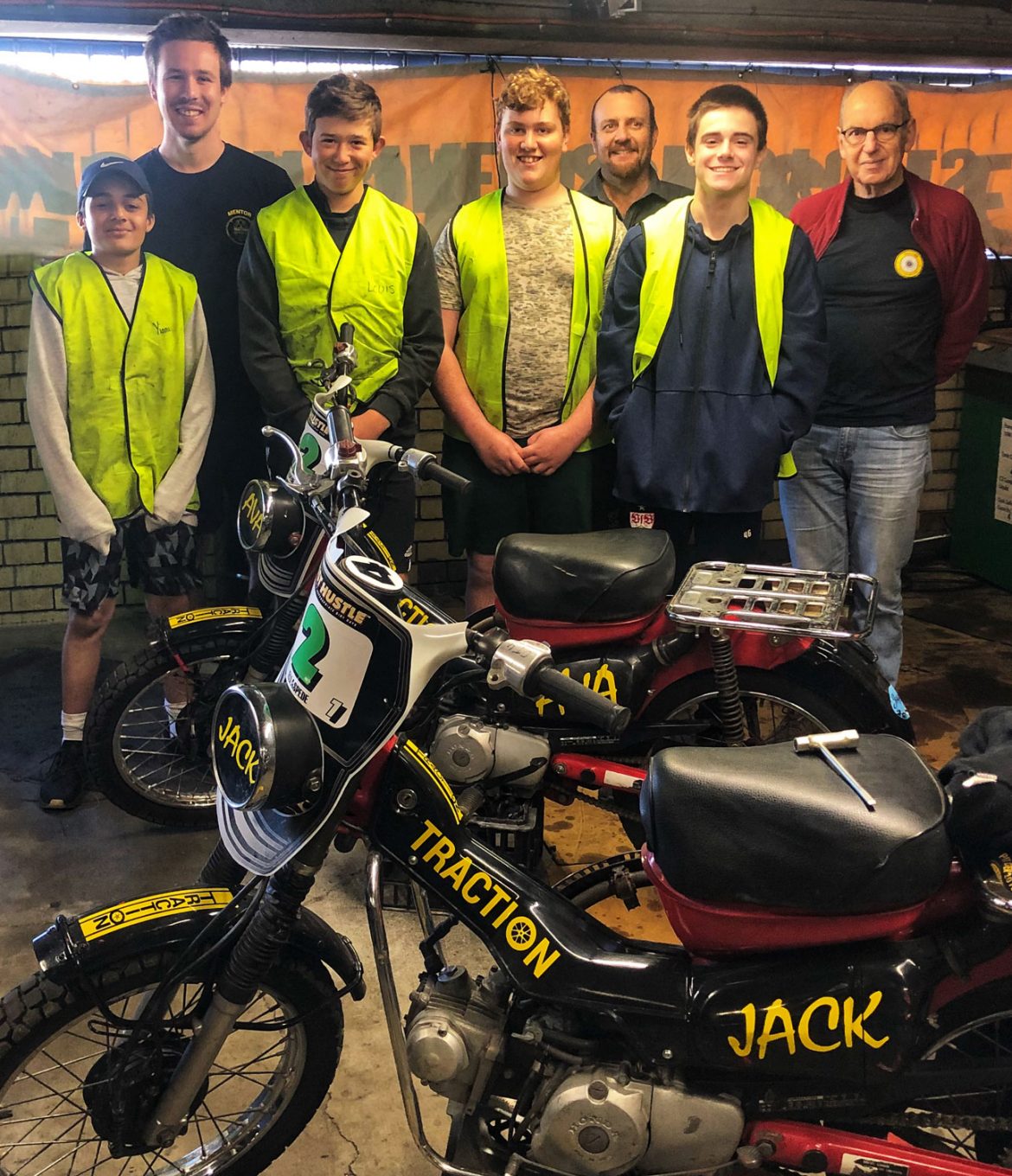 Don’t have a bike to ride at Dust Hustle 9: North Brisbane? Well the TRACTION Community Postie Bikes are back! You get a bike to blast around on and the ticket proceeds will put a young person through the Traction program!

Six kids currently in the TRACTION program are preparing SIX Postie bikes for people to ride at Dust Hustle 9: North Brisbane with the help of the Traction team. These young people in need are doing the ‘small motors program’ and each have been assigned a Postie to prep for you to race, how good is that!

So now there’s no excuse not to get involved in the action with a bike supplied! PLUS, you’ll feel great knowing that the ticket price is going directly to a charity that’s supporting young people in need.

So what do you get? A TRACTION Postie Bike rider ticket gets you:

Just turn up with your riding gear and the TRACTION Community team will be your pit crew for the Dust Hustle day, bringing your bike and a whole support team to get you through this foot down dust up. If you ever wanted to get involved at Dust Hustle but couldn’t bring yourself to put your bike on the dirt then this is your chance!

Traction Postie rider tickets are $295 and there are only 6 bikes available for DH9, so act quick to nab one when rider tickets go on sale. The best part is the net proceeds from each ticket go directly to supporting TRACTION Community so it’s a great donation for a great cause!

What’s with the names on the bikes? Well TRACTION are naming each of the bikes after the kids who are preparing them in the program, so you really will be riding for young people in need! (Plus having a damn good time doing it).

The ‘Small Bike Burners’ class is one of the most fun classes at Dust Hustle with the lower speed of the bikes making it perfect for first timers on the dirt. The level playing field of machinery also makes it ideal for experienced riders who want to get competitive in a class where all of the bikes are around the same speed, so you can really show some skill to make those passes!